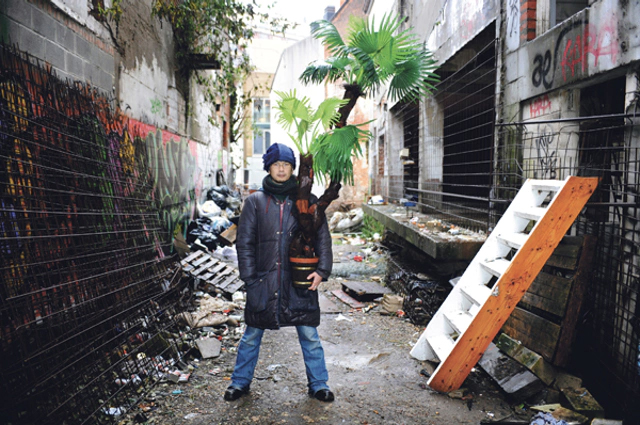 Kosi Hidama started working as a professional dancer since 1986. In 1993 he came to Brussels where he worked with choreographers such as Michele Anne De Mey, Anne Teresa de Keersmaeker, Grace Ellen Barkey and Jan Lauwers. From 2000 until 2004 he was co-founder, choreographer and dancer of the dance company Amgod. After four successful productions, Kosi exchanged Amgod to study Editorial Engineering. In the meantime he was also performing in the work of Rosas again.

Since 2009 Kosi Hidama has been working as an independent choreographer. In 2010 he created Under the edge of the World, a solo choreography that activates the installation with a similar title by Anish Kapoor in the Axel Vervoordt Foundation in Antwerp (B). One year later he premiered with Inner Ocean, an existensial choreography amidst a shifting space evoked by a video installation. Both presented as a solo and a duet, Inner Ocean will be transformed into a live video installation during 2013.

In Inner Ocean Kosi Hidama devotes himself to a journey that leans both to the physical and metaphysical and that unfolds into an intimite and serene solo.

On invitation by galerist Axel Vervoordt, Kosi Hidama created a choreography in dialogue with the installation At the Edge of the World by visual artist Anish Kapoor.