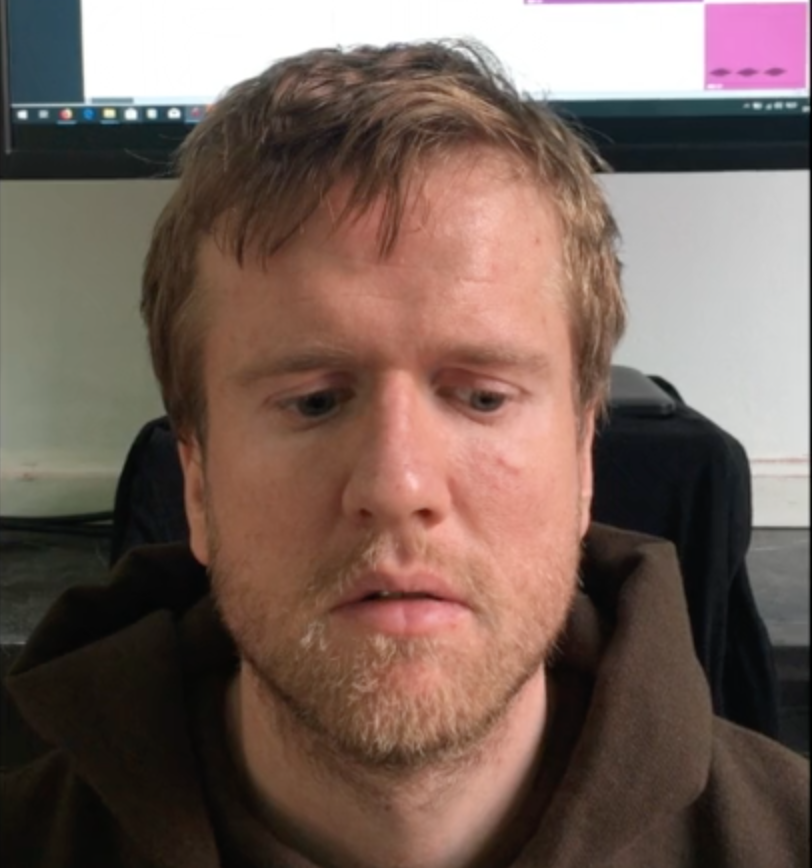 Jeroen Stevens graduated as a contemporary drummer and percussionist from the Antwerp Conservatory and is active as a multi-instrumentalist in bands of various genres such as DAAU, Gruppo di Pawlowski, King Dick, IH8 Camera and others.

In 2009 he played music for the first time in a dance performance: nieuwZwart by Wim Vandekeybus along with Mauro and Elko. Wim immediately sees his talent as a performer and has him act in Bêt Noir (Dutch and German), recite text in IT 3.0 (English) and dance in Speak Low (2015). Jeroen’s movement material can be described as hilarious and clever nods to contemporary and popular dance.

He increasingly integrates performative elements in concerts with his companions and in his own performances Four Seasons, Spectacles Performance and Performance in Neue Aachener Kunstverein. Jeroen finds inspiration among others in artists like the American conceptual artist Alex Da Corte and the British video, visual and musical artist David Shrigley.

Mauro, Elko and Jeroen present a wonderfully bizarre and at times moving spectacle of movement, readings, tableaux vivants and music. All three place themselves in the avant-garde method: major influences are art forms that arose in the second half of the 20th century such as Conceptual Art, Arte Povera, Absurdism, Art Brut, (Neo) Pop Art and other art forms in which fixed patterns of thought about art, politics and society are questioned. They believe in the power of humor and will therefore exploit it with great seriousness.