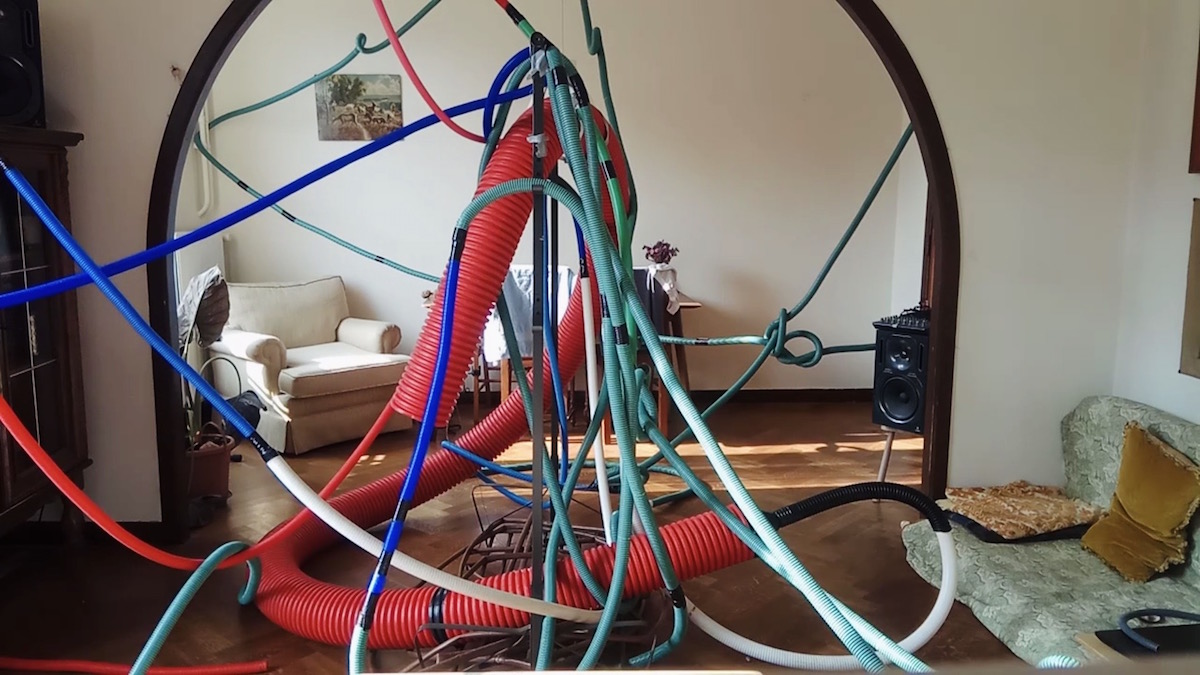 Coming from dance, drama, choreography and visual art, Irina Lavrinovic and Asher Lev live and perform together in their co-created performance works. Their last piece, Ms. 5G & The Respiratory Machine, which premiered during the first lockdown in Belgium (May 2020), is a live online cinematic performance which was performed in their living room and broadcasted via the internet around the world. Their methods of trance dissolve the social and the cultural into a material fluidity that brings the spectator closer to the skin of things, where empty space between atomic particles resonates spirit. They are both organizers of The New Dionysian Festival which invites for a collective trip towards the origins of language,  invoking an archaic connection between the sacred mushroom, human consciousness, and nature.

The Dionysian Portal: a TheaterFestival (2022)

In this immersive exploration that is The Dionysian Portal, we are becoming devotees of Dionysus. We are falling in love with an inspiring energy, cloaked in mystery and a syncratic cosmology. We are praying every day. Our artistic gesture for these times emerges from this ‘insider's perspective’, or ‘critical proximity’ if you will, re-connecting us to the roots of who we think we are as western performing artists.