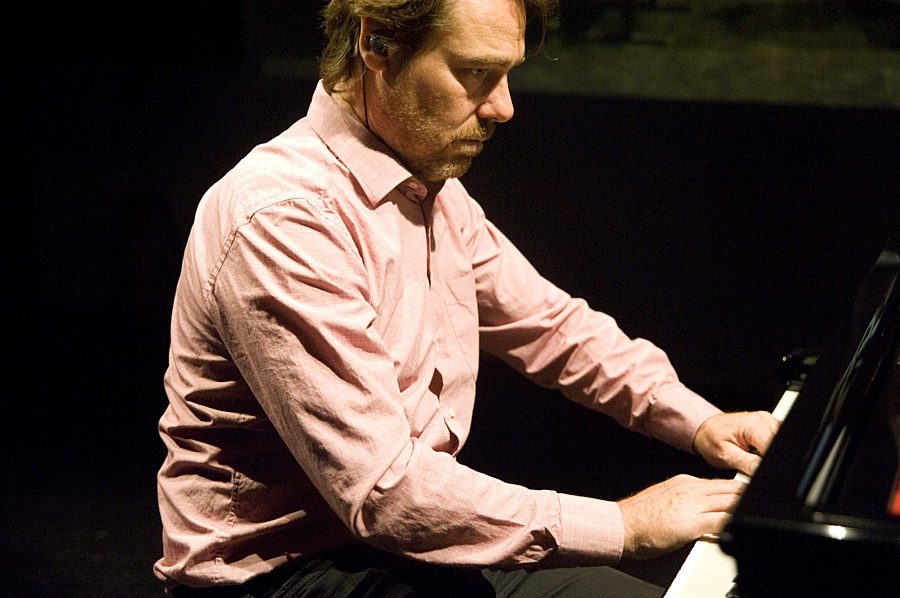 Frederik Croene started his career as a self-taught musician before taking up traditional music education. Fueled by his passion for contemporary music and new performance practices, he’s presented a radical mix of styles and techniques both in concert and recording, that’s been received enthusiastically throughout. Alongside his work as a performing musician, Croene rethinks traditional settings the piano and performer find themselves in through the concept of the deconstructed piano, with extraordinarily surprising results.

His new solo album Cul-de-Sac looks for the dead ends of the piano and the neoclassical genre. Being confronted with these deadlocks, and lingering in them, is Croene’s strategy to prepare for future realities as a pianist. This leads to intense piano music where sparkling virtuosity and melodious Weltschmerz turn into despair and physical exhaustion. Cul-de-Sac has been released in April 2019 on Cortizona.

A pianist plays his composition while a sculpture made of felt descends from above over the scene. The shape of the pianist and the contours of his piano partly determine the look and shape of the felt fabric.