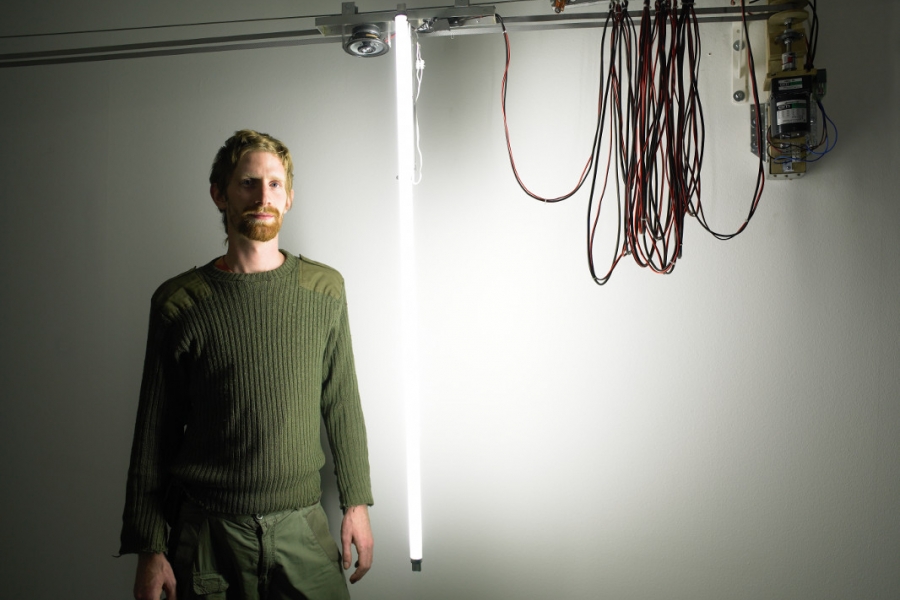 As a visual artist Erki De Vries developed his own style using installations and videos to research spacial relationships and how they effect on the way we experience them. His installations are characterized by the co-existence of a tangible and a mental world. His quintessential concept, movement and integrated light-effects result in a strong performative character.

Erki regularly co-operates with other artists developing performances, theatre pieces and exhibitions. A co-operation with choreographer Benjamin Vandewalle resulted in “Birdwatching” and “One zero”. As a scenographer he worked together with, – among others -, Thomas Ryckewaert, Andros Zinse-Brown and Mesut Arslan. Since 2012 he also cooperates with Peter Huybrechts on the elaboration of “BookProject”, an ongoing project where photography, video-work and the development of a book are alternating and stimulating one another. The development of “BookProject” can be followed on www.bookproject.eu.

Three performers conjure up three worlds that touch each other's boundaries and merge in a fascinating journey: A photographer, a musician and a scenographer manipulate the space surrounding the audience each in their own artistic language.