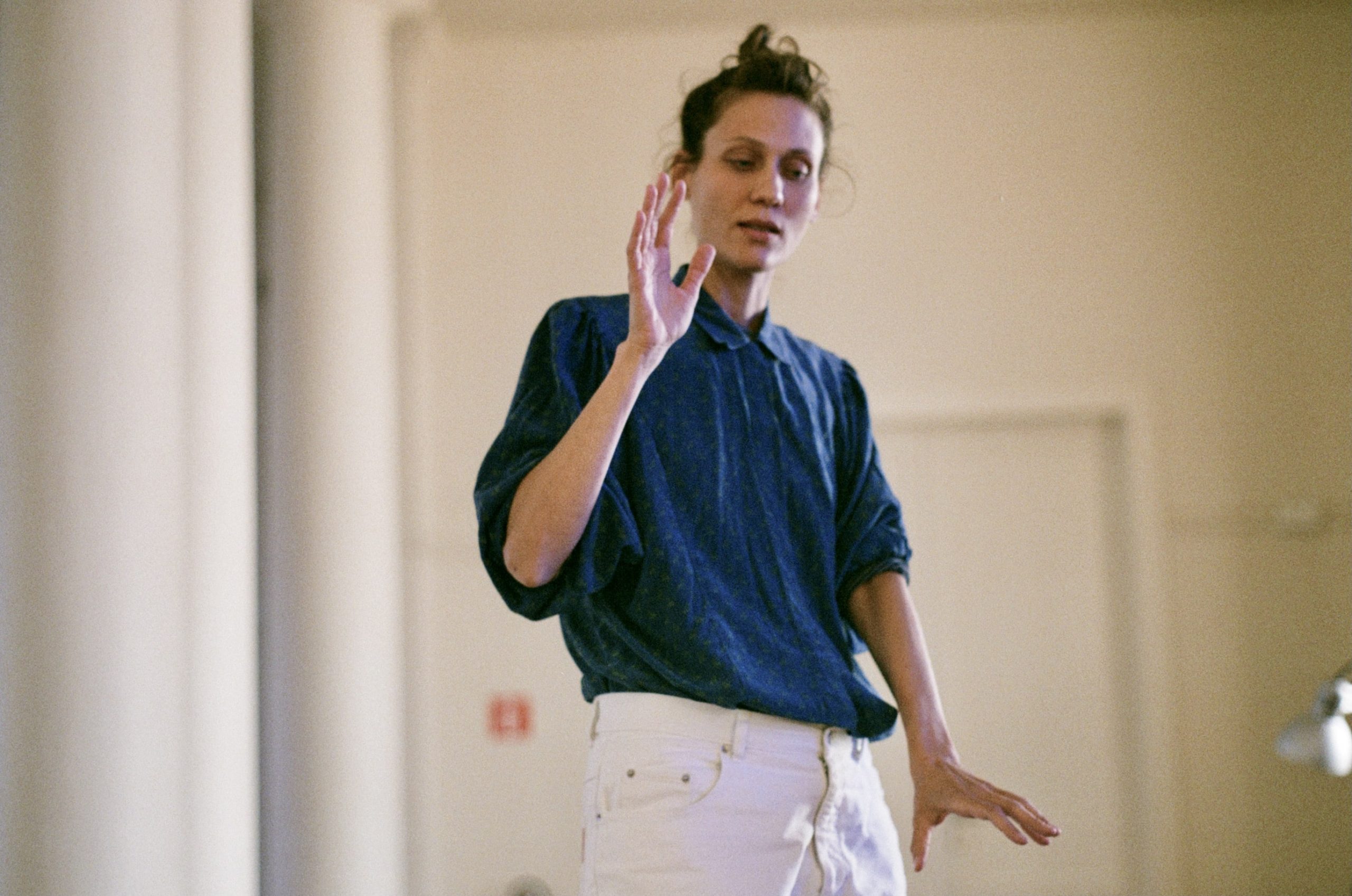 Elpida Orfanidou (1981, Berlin) is a Greek choreographer and performer based between Berlin and Athens. She studied Dance first in Athens parallel to her Piano and Pharmacology Degree, before continuing her dance studies in Arnhem, Montpellier and London. For her studies abroad she received the Greek State Scholarship. In 2009 she was the Greek recipient of DanceWeb scholarship at ImPulsTanz in Vienna.

She creates works alone or in collaboration with other artists like with Hermann Heisig for the duet UNITED STATES, Juan Perno for the project ELPID’ARC, Alma Toaspern for the duet ZEITFISCHEN. Her works have been presented in frames and places around the world like Tanz im August, HAU Theatre, Sophiensaele, Athens Festival, Onassis Cultural Center Athens, Tanzquartier Wien, Teatar i TD Zagreb, La Casa Encendida Madrid and Supercell Festival Brisbane. As a performer Elpida has worked a.o. with Fabrice Mazliah, Daniel Wittkopp, Pieter Ampe, Meg Stuart, Tim Etchells, Vlatka Horvat and Gui Garrido. As an artistic collaborator she has worked with Ioannis Mandafounis & May Zarhy.

In 2014, she started a collaboration with Simone Truong and a group of four female choreographers – Anna Massoni, Adina Secretan, Eilit Marom – for the collective project (TO) COME AND SEE which premiered in 2016 in Gessnerallee and toured in Switzerland, France, Australia, Israel and Holland. In 2017, Elpida created the project PHARMACIST or BALLOONIST, a dance and herbs laboratory where she invited a number of guest artists to engage in diverse ways.

The project was supported by Hauptstadtkulturfonds and Onassis Cultural Center Athens. In 2019 with the Recherchestipendium of the Berlin Senat, PoB expanded to a broader research on the encounter of performance art with the traditions of herbal healing in Mexico. At the moment Elpida is conducting research on the intersection of ethnography, traditional singing and somatics.