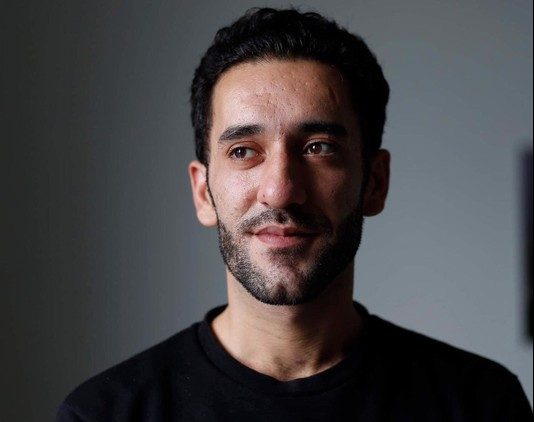 Ayham Qomoq is an actor, writer and filmmaker who studied at the art academy in Homs, Syria. In Belgium, he continues his artistic journey as an actor, film maker and director. His first short film, The Wall (2020), won the Hakuna Academy prize at PRESS RECORD. Apart from movie directing, he also directed the music videos  His Trust Fund, Shakespeare and Midsummer Night’s dream. In the Summer of 2022, Ayham will be focussing on new projects.

The project 'Go mental get real' (working title) includes the development of a multimedia and multidisciplinary theatre performance (with music, dance and video) exploring the theme of the 'madness' of the man in love. In this performance, the boundaries between truth and fiction, image and delusion and the challenges and influences of the 'virtual' world are explored.