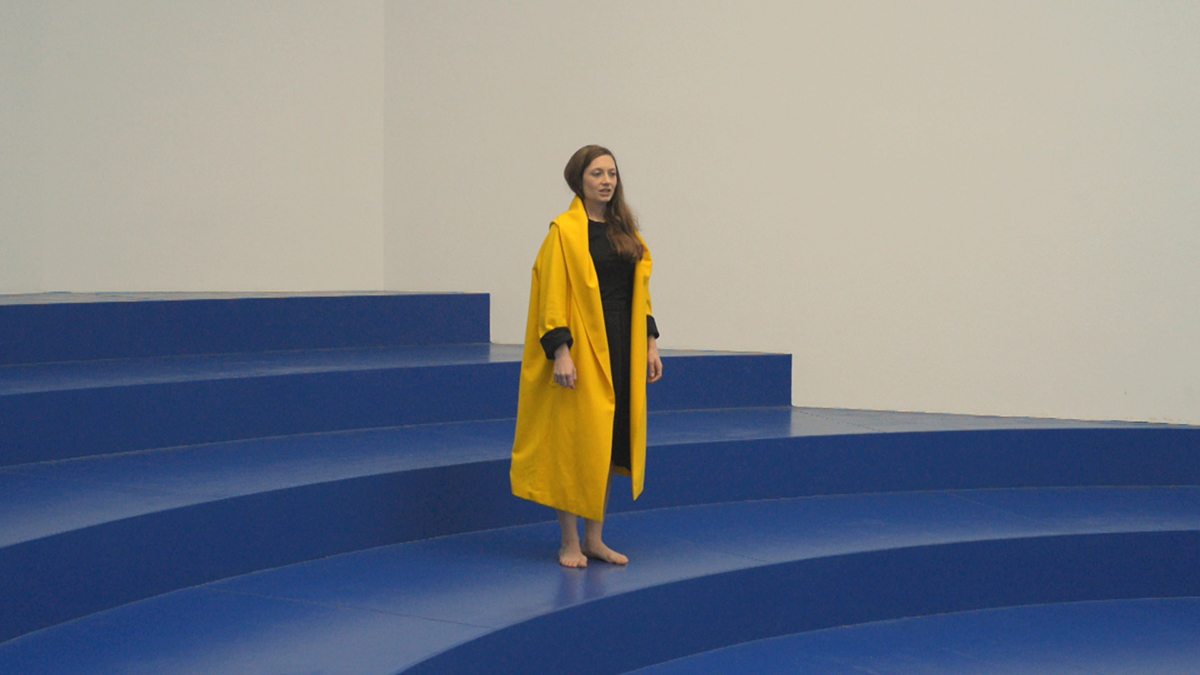 Since 2008 Ariane Loze researches the coming to life of a story out of seemingly unrelated images with her camera. In these series of videos she takes on all the parts: she is at the same time the actress, the camerawoman and the director. Through the editing of the images she develops a relation between two (or more) characters and the architecture. The videos of Ariane Loze put the spectator in the active role of creating his/her own story out of the basic principles of film editing: shot and counter-shot, the presumed continuity of movement, and the psychological suggestion of a narrative. The filming of these videos has been made public as an ongoing performance.

Ariane Loze studied theatre direction at the RITCS Brussels, and took part in a.pass (Advanced Performance And Scenography Studies) in Antwerp. She is laureate of the HISK (Higher Institute for Fine Arts) Ghent 2016-17.
The videos of Ariane Loze will be presented at the Salon de Montrouge Paris (May 2018) and in the new museum for contemporary art KANAL Centre Pompidou in Brussels (May 2018).

Ariane Loze observes, with a precise and profoundly benevolent eye, the world in which we live and reports on it through her voice, her gestures, her body, letting herself be crossed by the words of each and everyone.