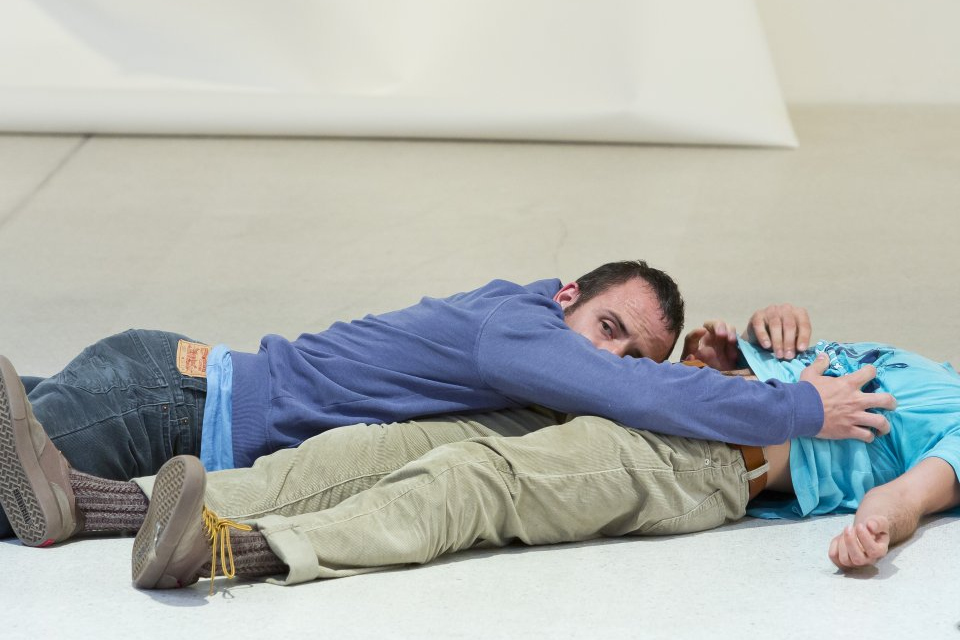 There are no such things as silly things

In July, Philippe Blanchard will be working in our studio on his new performance There are no such things as silly things. He will be investigating how much innocence still remains in us and how difficult it is to know whether we are capable of intentionally making a fool of ourselves.

“I was wise enough to never grow up while fooling most people into believing I had.

Philippe Blanchard: “It’s about foolishness. It’s about us playing childish games without playing the kid. It’s about being anyone but yourself (not pretending to be a character but becoming one). It’s about power, leadership, friendship, jealousy, cruelty, discovery… It’s about playing, doing it over and over again for hours on end. It’s about me saving you or me being saved by you. It’s about tales and fears. It’s about our ferocious imagination. It’s about your tree house, your castle, the secrets that you’ll share. It’s about us skipping down the lane, climbing and stumbling on the stairs of heaven, crying out loud and trying to catch our breath. It’s about you and your invisible friend or you being the narrator of your own story inside a landscape that extends beyond possibilities. Ultimately it’s about what we do before anything happens, before we start to behave, before we become conscious and before we lose our innocence.”

FR, SE
French-born Philippe Blanchard, started with choreography in Sweden in 1993 after ten years of dancing for world-famous companies such as Nederlands Dans Theater, Batsheva Dance Company and the Cullberg Ballet. In 2000, Blanchard formed ADEKWHAT, a flexible organization based in Stockholm designed to respond to projects and collaborations within the performing arts. Blanchard's creations are installation-like studies of human behaviour and relationships, including Noodles (2001), three collaborative works with Gemma Higginbotham, How About You? (2010) and a piece in collaboration with Swedish choreographer Björn Säfsten for Malmö's Skånes Dansteater (2013).