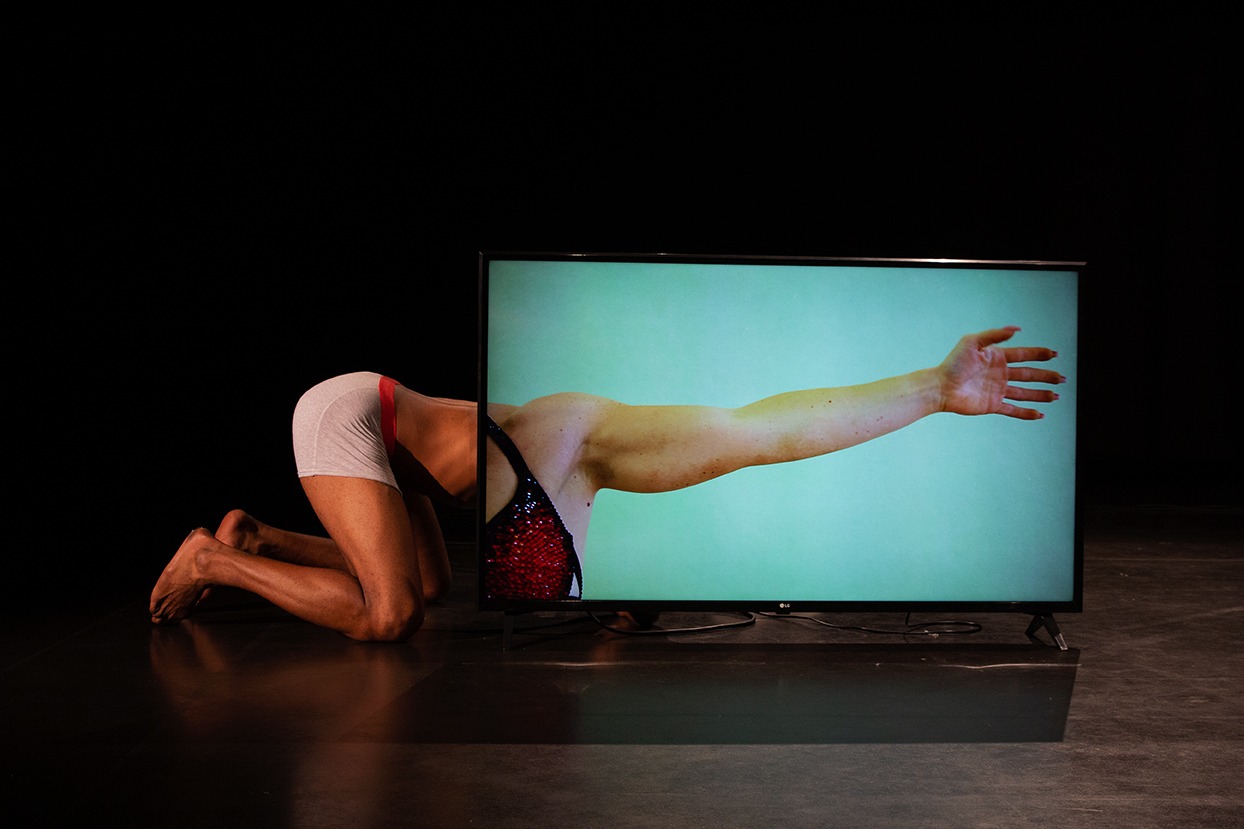 “We fear the ugly… Freak shows have fortunately been behind us for a long time. But with the thought “we’re normal and they’re abnormal” we still distance ourselves from other bodies.”

In the autumn of 2019 I started my development research, with dance as a documentary and the limitation of the body. I collected material about the (imperfect) body in society and art. So I talked to anthropologists, art scientists, etc. I also spoke with other makers who deal with the medium of documentary such as Silke Huysmans and Hannes Dereere and theatre company Berlin.

Together with videomaker Jochem Baelus I filmed and interviewed several people with metabnormal bodies, from people with bodies with a disability (injured, lame, old, obese, disabled) but also from bodybuilders and other extremely trained bodies.

In the spring of 2020 I will immerse myself in extreme forms of movement to make the (un)perfect body physically tangible on stage. I will be guided by a Butoh and Bodybuild expert. Then I will experiment on the floor with mobile flat screens and with a cast of professionals and non-professionals.

1987 ◊ BE
Charlotte Goesaert (1987) is a Belgian choreographer, dancer and performer. After graduating in 2009 from the Fontys Dance Academy in Tilburg, she lived in the Netherlands and worked internationally. As a dancer and performer she was involved in creations such as Skagen (Almschi, 2011), Tuning people (Synchroon, 2019), Romeo Castellucci (Giudizio, Possibilit, Essere 2014) and Post from Hessdalen (Echo, 2019). She worked in Rotterdam with city company Ro Theater, in Lisbon with choreographer Olga Roriz, in Berlin with Alize Zandwijk and in Cologne with dance theatre company Bodytalk/Johann Kresnik.