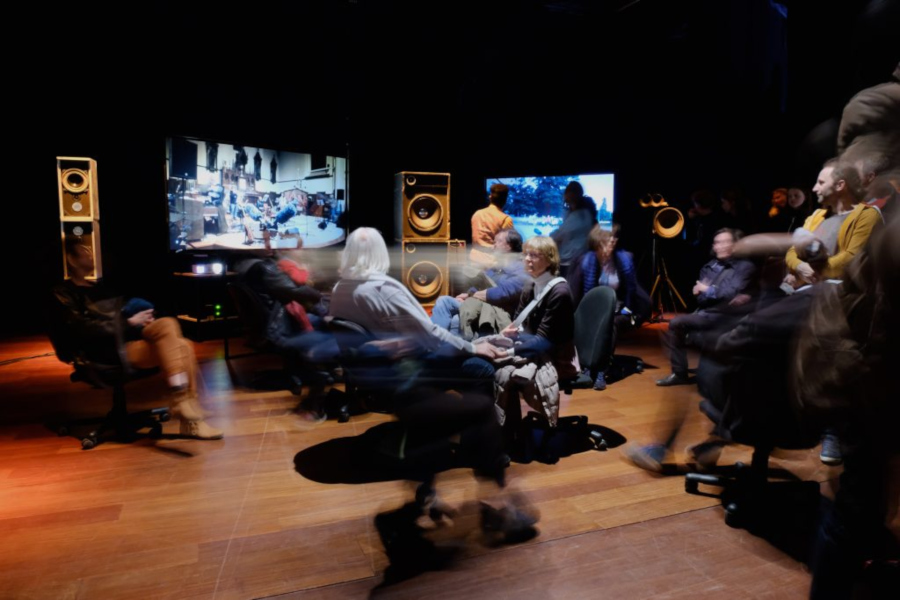 In 2015 and 2016 Tuning People wanted to start four investigations. Two in 2015 and two in 2016. Respectively concerning four different themes such as ‘content’, ‘sound’, ‘movement’ and ‘image’. For each of those four investigations the group searched for a residency. After the first research, which was focused on ‘content’, they decided there was a great enthousiasm to work separately in a more individually focused format. The third research, focused on ‘movement’, takes place at wpZimmer. The fourth research focuses on ‘image’ and takes place at De Maan.

These researches will ultimately culminate in the exhibition STADSKLANK, dealing with social, cultural en demographic themes. The exhibition will be a collection or inventory of musical cultures and subcultures inhabiting a town. There will be sound recordings, video registrations, sketches, objects and music. You will see images of parties, concerts and rehearsals in various intimate spaces of the city. As a visitor you will take a path through the audio based blueprint of a city to create your own composition. The focus is centered around sound and formal symbols. Real imagery is being mixed with fictional rituals and rehearsals. These different recordings are in dialog with each other.

BE
https://www.tuningpeople.be/
In 2005, three curious makers have found each other in a cellar. They experimented with raw materials of different media such as dance, sound and theatre. The result: a sound installation followed by the birth of the collectif. Tuning People is created by Wannes Deneer (set design/sound engineer), Jef van Gestel (theatre maker/actor) and Karoline Verlinden (dancer/choreographer). With their absurd and playful ideas they creat their startling performances, suitable for all ages and adaptable to all kind of places.