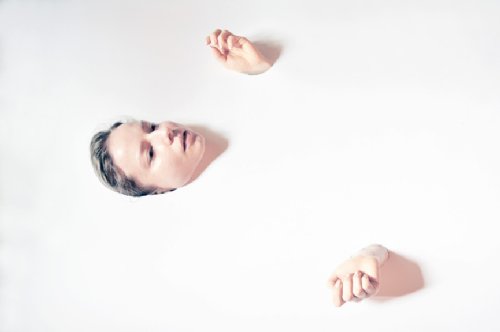 After more than 10 years of working in the theatre as a costume designer, set designer, video maker and photographer, Mario Leko is now making his own work for the theatre, named Here she lies, sir.

The starting point of this project are Ophelia, Lady Macbeth and Thaisa. Three female characters from Shakespeare who, at first glance, don’t have much in common. Except: they don’t speak much and they all die. Leko was intrigued by the fact that these characters were created in a time where woman weren’t even allowed in the theatre and had to be performed by men. With this project, he wants to examine what still remains of this today. In his quest for answers, he gathered three intriguing performers: Darya Gantura as Ophelia, Marie de Corte as Lady Macbeth and Juriji der Klee as Thaisa. Leko is interested in how these particular performers are defined by their own performative body, how much that defines how we as an audience perceive what is happening and how this interaction of the gaze and its subject in the end generates meanings

Leko investigates the way meanings are represented through images and vice versa. For this he stared with the painting of Ophelia from the British painter Sir John Everett Millais, in his time and till this very day a memorable representation of woman as a victim. Leko wants to find out if these representations are still valid today, what is behind ‘the weaker sex’ and who holds the power in this all?

1982 ◊ HR, BE
After a visual art training, Mario Leko (1982, Split, Croatia) followed fashion at the textile technology faculty in Zagreb. He worked as an assistant costume designer in the theater, ballet and opera. From 2006, he worked in Croatia as an autonomous designer of costumes and scenographies in the performing arts. In 2014 he obtained the bachelor's degree in film and video at the art academy in Split. Video and more photography are of great influence and very leading in his artistic approach. His work has been shown in solo and group exhibitions in Croatia, France, Belgium, Israel and Bulgaria. After an Erasmus semester in Ghent in 2014, Mario decided to stay in Belgium, looking for new perspectives for his work in theater, photography and video. For this crossover approach and multimedia approach, he follows a master's program at the Theater Academy in Maastricht. Mario Leko lives in Ghent.