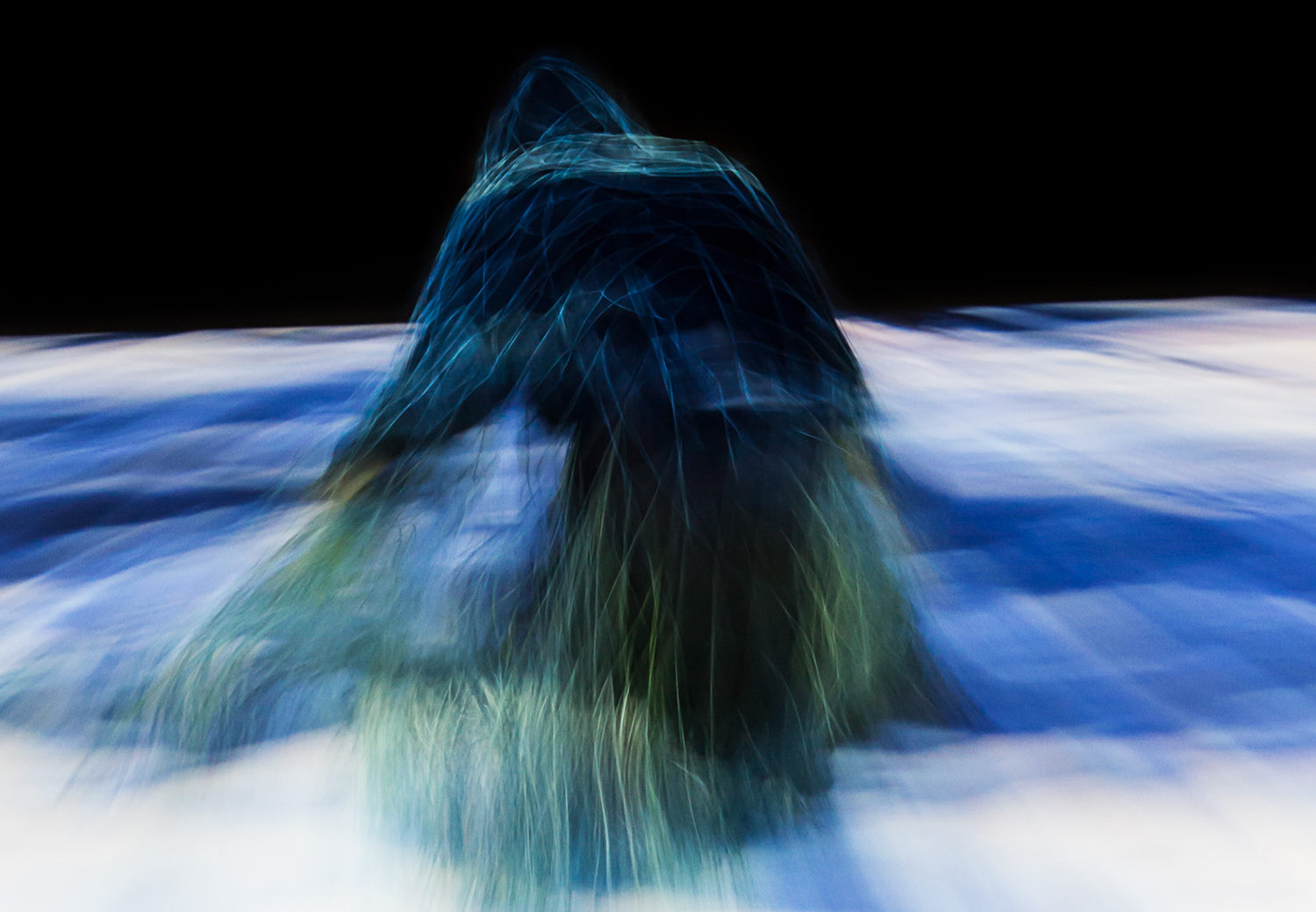 DATADREAM is a ritualistic solo by Steven Michel, in which he playfully draws analogies between the technological and the spiritual.

Since the dawn of time, humans are travellers who access parallel worlds through the mind and the collective unconscious. Over time another portal opened granting us entrance to an additional dimension: the infinite window that is the world wide web. Internet has unearthed and recycled archetypes rooted in ancient mythologies, developing a vocabulary inspired on the themes of liquidity, magic and biology. It can be perceived as an ecosystem, landscaped and inhabited. In this digital grotto birds tweet, bells chime, teeth are blue, viruses proliferate and trolls roam.

As a digital shaman and a contemporary trickster, Steven embarks with the audience on a dreamlike and psychedelic exploration into the meanders of a dark web. The world into which we are invited oscillates between altered states of consciousness, new age belief and new media doctrine, wireless communication and occult practices. DATADREAM wants to reclaim the importance of the body and the voice in a digital era. To not simply regard the “virtual” as an escapist technology, but to consider it as an invisible facet of a reality we live in, and in which everything is connected. A starting point to create new group-bonding rituals.

DATADREAM fuses choreography, visual storytelling and experimental video. It is a physical and vocal incantation of the past, the present and the future.

1986 ◊ FR
https://www.grip.house/maker/steven-michel/
After graduating from P.A.R.T.S. in 2010, Steven Michel has been working as a performer with choreographers, play and film directors such as David Zambrano, Falk Richter, Lukas Dhont, Daniel Linehan and Maud Le Pladec a.o. Over the last seven years he has become a long- time collaborator of Jan Martens.

Parallel to his career as a performer, he also develops his own work. In 2014, he began a research based on the theme of 'audio-vision', the relation between sound and image in popular culture and performing arts. This research led to the creation of his solo 'They Might Be Giants' (2016). Steven is currently working on his upcoming performance, 'Affordable Solution for Better Living', in collaboration with the visual artist Théo Mercier. Their work will premiere in May 2018 in Annecy (FR).