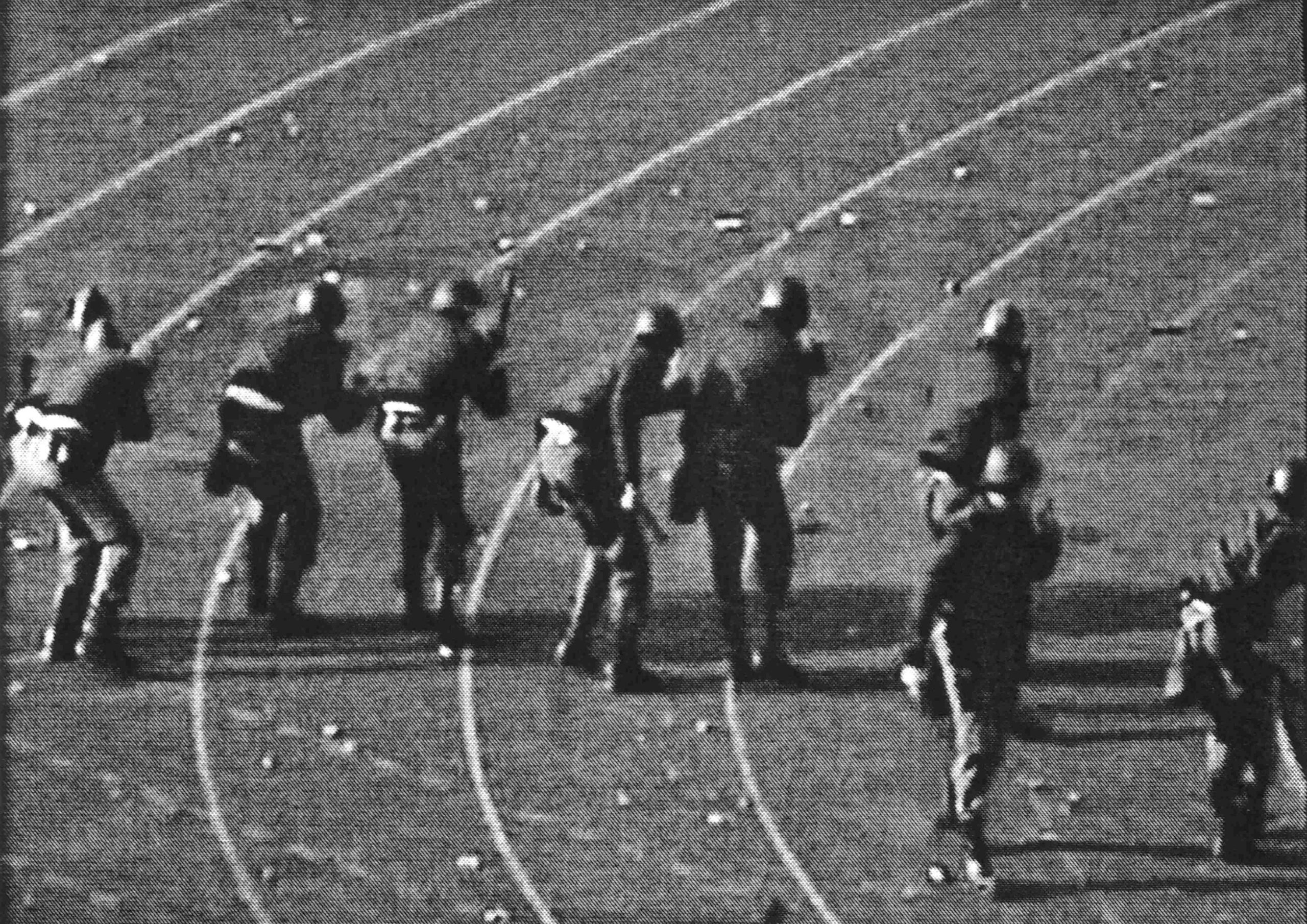 On Friday June 17th, wpZimmer hosts a “Poetry and Film” evening in the frame of TOPOS 3: Evening School of Gentle Disarming. The program was made possible by writer and owner of queer bookshop ‘Kartonnen Doos’ Johanna Pas and Sirah Foighel Brutmann and Eitan Efrat who work in the audiovisual field.

The evening will highlight the role of film and poetry in the social mobilization processes through five different films, as well as a poetry and fairytale reading by Johanna Pas.

To be part of the Poetry and Film evening, sign up here! (FREE ENTRY)

Johanna Pas will read an excerpt from her poetic novel “Alleen met jou” as well as her fairytale “De Toren”. Then there will be a conversation about the longing for freedom, while simultaneously being afraid of it.

Blessed Blessed Oblivion weaves together a portrait of male “thug” culture in East Jerusalem, manifested in gyms, body shops and hair dressing parlours. Inspired by Kenneth Anger’s Scorpio Rising (1963), the video uses visual collage and the musical soundtrack as ironic commentary. Anger’s subjects – leather-clad bikers – serve as a counterpoint to the culture Manna attempts to portray. Simultaneously psychologising and allowing herself to be seduced by the characters, Manna finds herself in a double bind, similar to the conflicted desire that animates her protagonist as he drifts from abject rants to declamations of heroic poetry or unashamed self-praise.

The two best football teams of Yugoslavia met at the Maksimir Stadium in Zagreb on May 13, 1990. The match was never played. Fragments Untitled #6 vivisects media footage of the event. This film is part of the ongoing series of works Fragments Untitled, where Doplgenger researches the politics of media images that participated in creating the historical narratives of Yugoslavia in the period of 1980-2000, especially media images that performed the pretext to the Yugoslav Wars and the break up of Yugoslavia.

Europa was the first film by Polish pioneers Stefan and Francizka Themerson, believed lost for over 70 years, this rediscovered masterpiece stands as one of the great works of twentieth century European avant-garde filmmaking. In 1925, the magazine Reflektor published Anatol Stern’s futurist poem Europa. This is where the poem first appeared. Subsequently it was republished in other magazines, but in 1929 it became a book designed by two avant-garde artists Mieczysław Szczuka and Teresa Żarnower. The content found its reflection in the design. The poem was about social crisis, loss of moral equity, with Europe at the edge of a precipice. Stern described it: ‘my dry chronicle devoted to the tragedy, the misery, the wisdom and the wickedness of Europe’. Stefan and Franciszka Themerson, inspired by the poem made it into a film, translating the words into moving images with photograms and collages. The film was made in Warsaw in 1931/32, in the Themersons’ bedroom on ulica Królewska. It was as emotive on screen as the poem was on the pages of the book. Europa was the first film made by the Themersons. When they moved to Paris in 1938 to continue their work there, they took Europa, and their other films with them. In 1940, about six months after the World War II broke out, Stefan Themerson deposited their five films at the Vitfer Film Laboratory in Paris, and that was from where the Nazis took them. The last time that Europa had been screened was in Poland during the early 1930s. In 2019 the film was rediscovered by the Pilecki Institute in the Bundesarchiv, Berlin and subsequently restored by Fixafilm, Warsaw and a newly commissioned soundtrack was composed by Lodewijk Muns.

Courtesy of the artist and LUX, London

The film Limbé takes its inspiration and title from a poem by the Guyanese poet Léon Gontran-Damas, creator of the négritude movement together with Aimée Césaire and Léopold Sedard-Senghor. This Creole expression, which is a way of activating the limbos through language, evokes a great sadness, a deep melancholy. Continuing his collaboration with the dancer and choreographer Betty Tchomanga, Abonnenc attempts to give form to this state, while echoing the reflections of the Guyanese poet Wilson Harris. For Harris, the Limbo dance would be a way of evoking, through its contortions, the gestures that the slaves had to invent in order to survive the crossing of the Atlantic from the bottom of the slaveship.“Limbo was born, it is said, on the slaves ships of the Middle Passage. There was so little space that the slaves contorted themselves into human spiders.”

By turns raucous and reserved, I Hope I’m Loud When I’m Dead ponders the future of a world in flux as seen through the eyes of motherhood accented by poets CAConrad and Eileen Myles.

Courtesy of the artist and LUX, London

To be part of the Poetry and Film evening, sign up here! 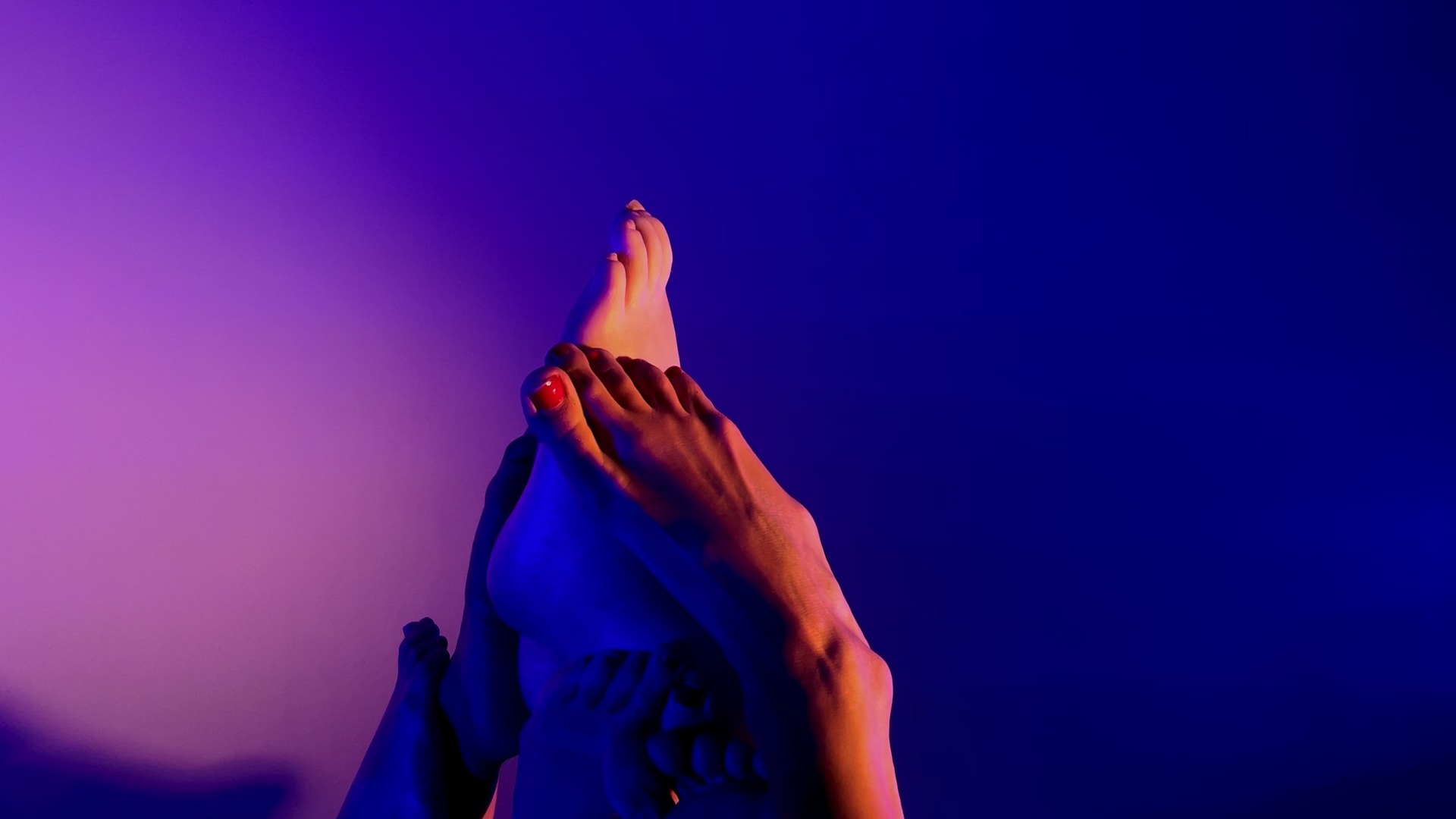 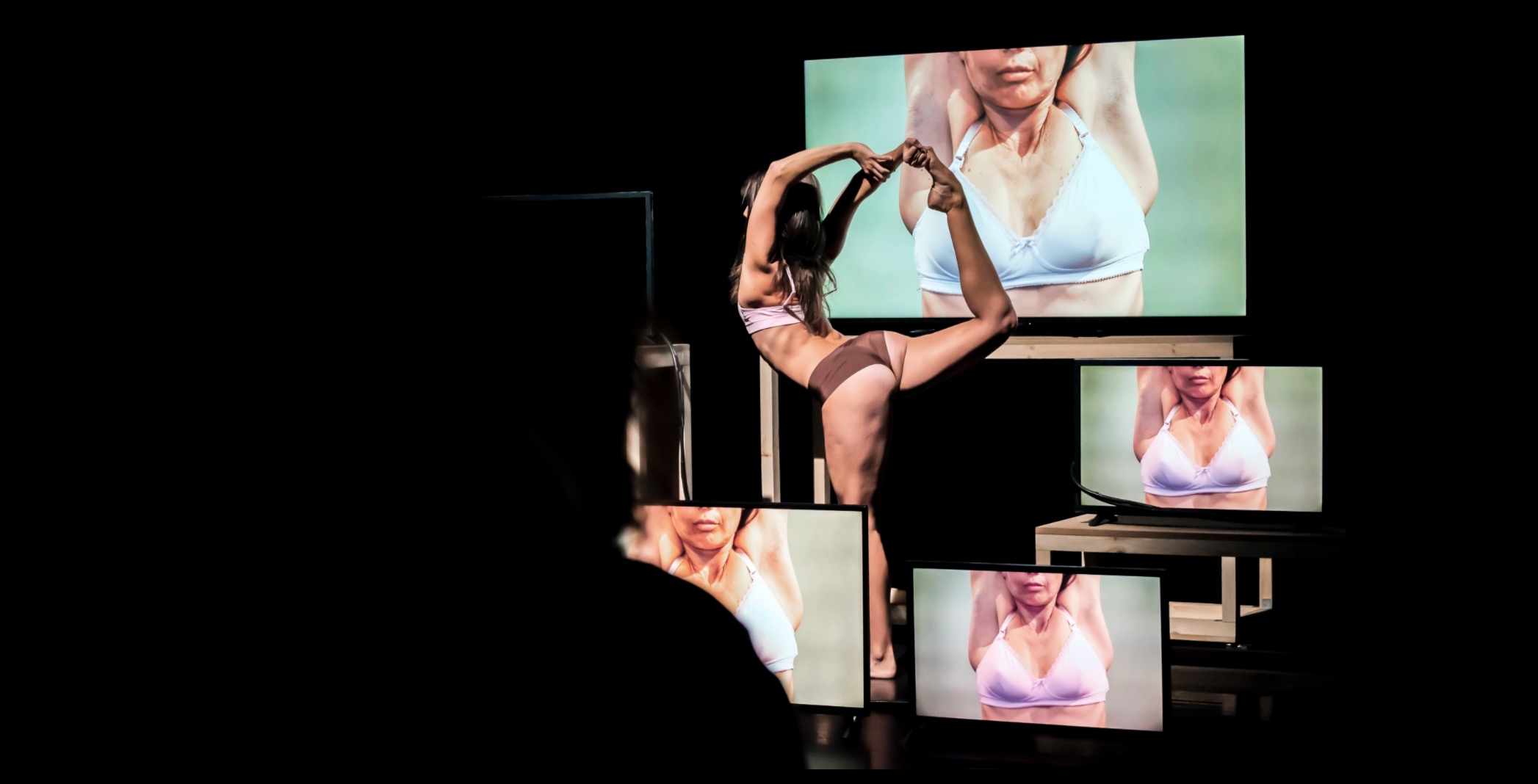