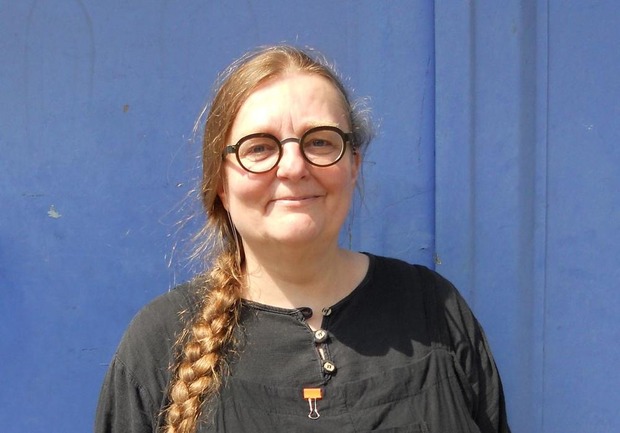 Tine Van Aerschot studied visual arts and computer graphics and worked as a graphic designer, but also as a dramaturge, writer, scenographer, theater maker and multimedia artist. She has worked for Meg Stuart/Damaged Goods, Christine Desmedt, Davis Freeman, Simone Aughterlony, among others.

In 2006 she debuted as a play writer and director with I do not have any thoughts, and this is one of them. Her second performance Trippor Tripple Trooper Trevor Trumpet Girl was also achieved with enthousiasm, but shortly after the premiere, the Canadian actress Tracy became incurably ill and died shortly thereafter. Even during her illness, Tracy continued to work with Tine on We are not afraid of the dark. After a period of reflection and self-evaluation, the booklet and a pop-up of cabinet of curiosities A Partial Exposure of a Half Decent Elephant followed, which later evolved into the performance When in Doubt Duck.

The great strength of her pieces lies in the striking texts and the accurate game direction. With well thought-out means she makes intimate, intense performances.