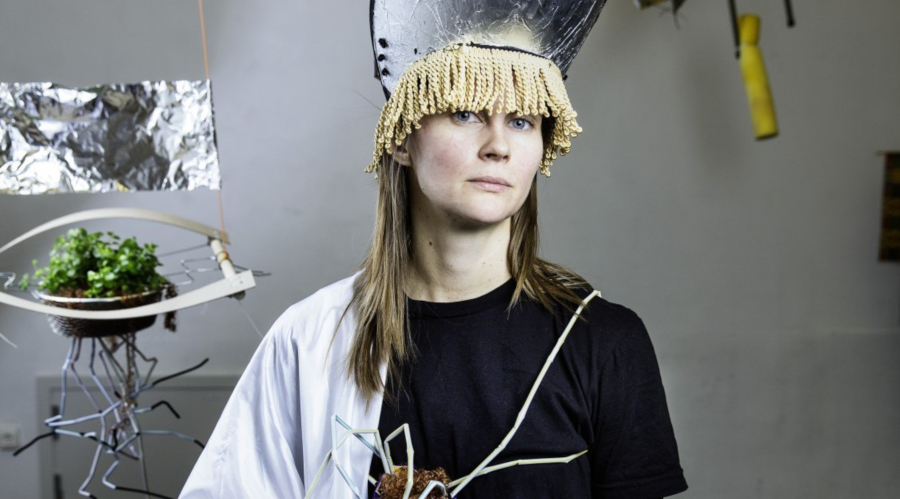 Stina Nyberg lives in Sweden where she makes and performs choreography. Her departure point is always a feminist approach to the body; its social and political construction and ability to move. Since 2011 she has presented several works at MDT in Stockholm, made a piece for the Royal Swedish ballet school and has been developing, choreographing and performing in the Shaking the habitual show with the Swedish band The Knife. Together with Amanda Apetrea, Nadja Hjorton, Halla Ólafsdóttir and Zoë Poluch she forms the group Samlingen, a collaboration between five choreographers that deals with the ‘history and herstory of dance’. As a performer she has worked with, among others, Andros Zins-Browne, Sidney Leoni and Mårten Spångberg.

Shapes of States traces the historical and political writing of the body by looking at three contemporary developments of the early 20th century: Taylorism in the USA, Meyerhold's Biomechanics in Russia and the development of 'People's health' (Folkhälsan) in Sweden.