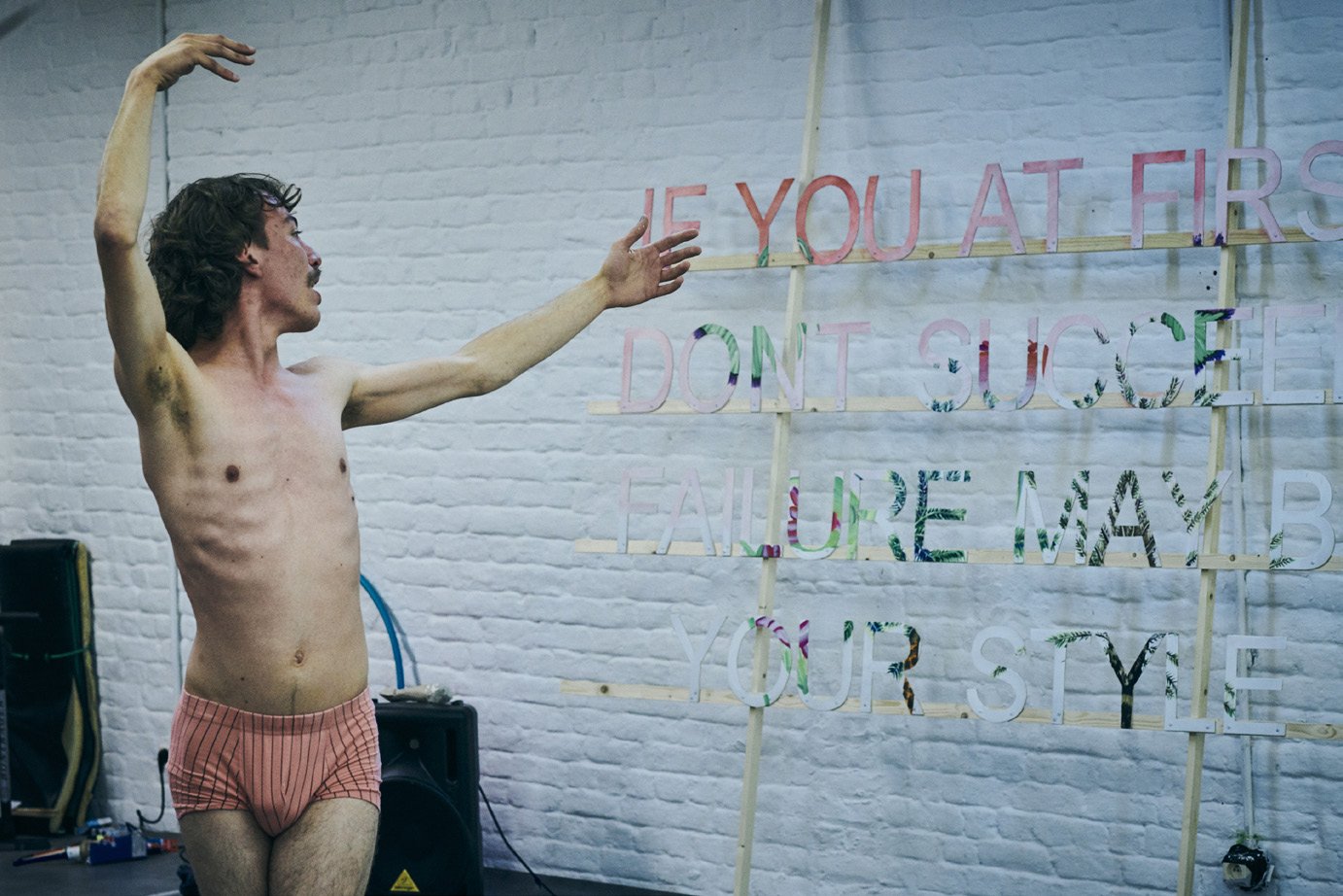 Simon Van Schuylenbergh lives and works in Brussels. He graduated in 2017 from the Master’s Program of drama at KASK in Ghent.

Starting in 2015 he made several ‘solos with zebras’, which he played in several cities in Flanders and the Netherlands and was selected for JONG WERK Theater aan zee 2018.

Simon lives in the off-space volksroom and works and shows within the open collective ‘Artist Commons Brussels’.

In the summer of 2019 he founded the performance platform ‘ne mosquito pas’ where a community of Brussels artists reflect together on their personal notion of failure and success. In the season of 2020-2021, he will perform in Benjamin Abel Meirhaeghe’s opera a revue.

In Ne mosquito pas performing artists from different disciplines come together to perform their ‘failed’ work. This can be scenes that were cut out of a show right before the curtain went up, ideas that never escaped the pages of one’s notebook or lingering fascinations from the past that for one reason or another never got expressed.