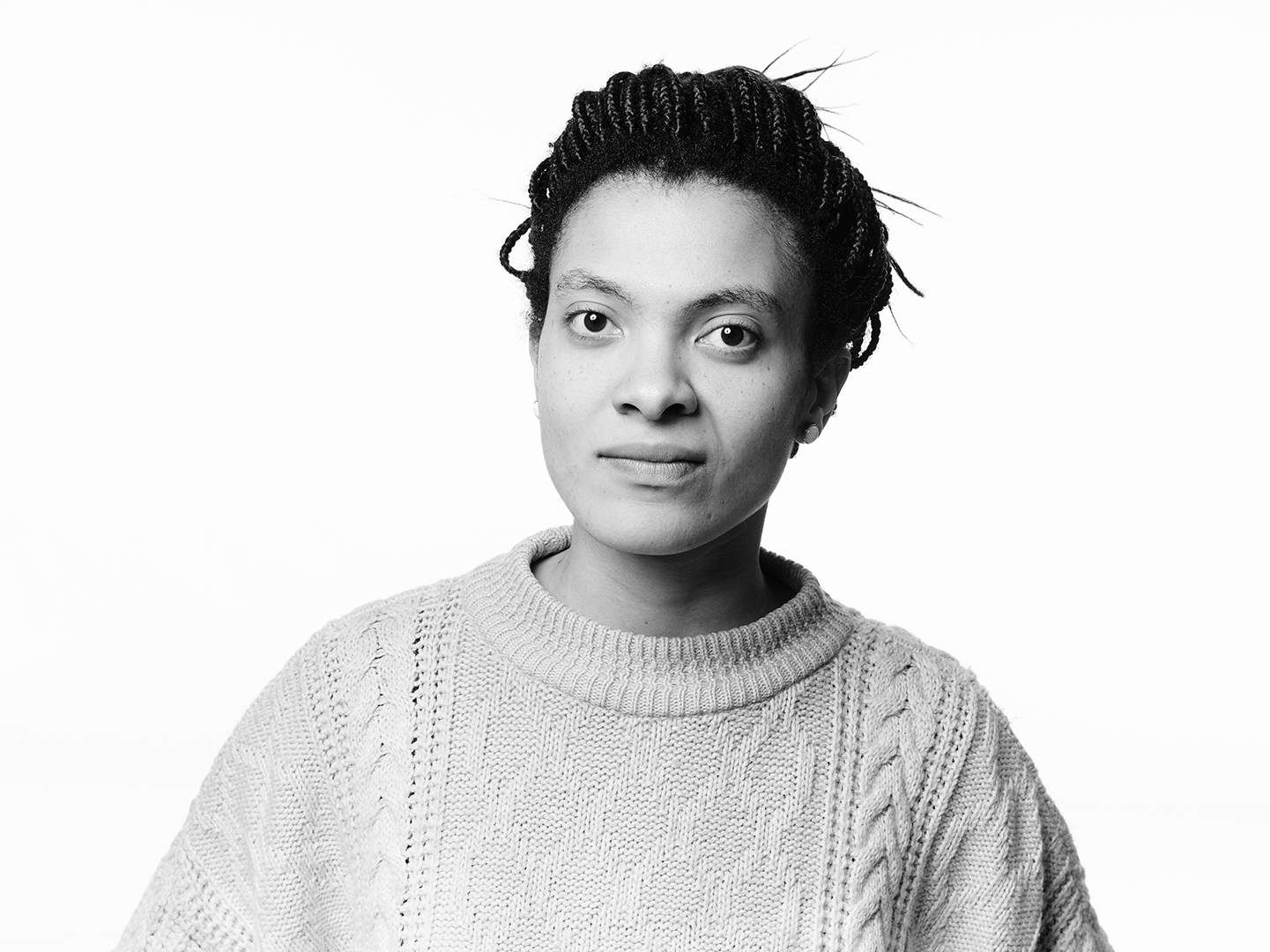 Betty Tchomanga was born in a French region of Charente-Maritime in 1989 to a Cameroonian father and French mother.

She started dancing at the age of 9, as she took jazz and classical dance classes. Then from 2004 to 2006 she studied at the Conservatoire de Bordeaux as well as with Alain Gonotey Cie Lullaby. In 2007 her interest turned towards contemporary dance and Betty joined a choreographic artists course in Centre National de Danse Contemporaine in Angers (CNDC) supervised by Emmanuelle Huynh which she finished in 2009.

That’s when she started her career as a performer alongside Emmanuelle Huynh (Cribles, Augures) and Alain Buffard (Tout va bien).

In 2014 Betty started working with someone that would have a big influence on her journey: Marlene Monteiro Freitas. They started working together in 2014 and still do today (D’ivoire et chair, les statues souffrent aussi ; Bacchantes, prélude pour une purge ; Mal Embriaguez Divina).

Since her graduation from CNDC in 2009, the artist never dissociated the practice of the performer from that of the creator. The latter will take different forms: in 2012 she created “–A– ou il a sûrement peur de l’eau le poisson” in collaboration with musician Romain Mercier ; then in 2013, a show in situ called “Le Rivage” in collaboration with Oriane Déchery and Jérôme Andrieu.

In 2016, Betty Tchomanga joined l’Association Lola Gatt Productions chorégraphiques based in Brest, as an associated choreographer together with Gaël Sesboüé and Marie-Laure Caradec. The very same year she choreographed and directed a play for three performers called Madame. Then at the beginning of 2020, she created a solo titled Mascarades which she performed and choreographed herself. Today Betty is working on a piece for three performers temporarily titled Wildfire, which is planned to premiere in 2022.

Wildfire is the name of a slave ship described by Malcom Ferdinand in his essay « Une écologie décoloniale » For Malcom Ferdinand a ship, and more specifically a slave ship, symbolizes a political metaphor and tells the story of the world and the Earth. This analogy with a ship resonates with my research on the Mami Wata myth. Her representation is an amalgam between mermaids on the bow of the colonist boats and the spirits of the African waters. A ship brings the possibility of an encounter and a flow of beliefs, thoughts and imaginary worlds.