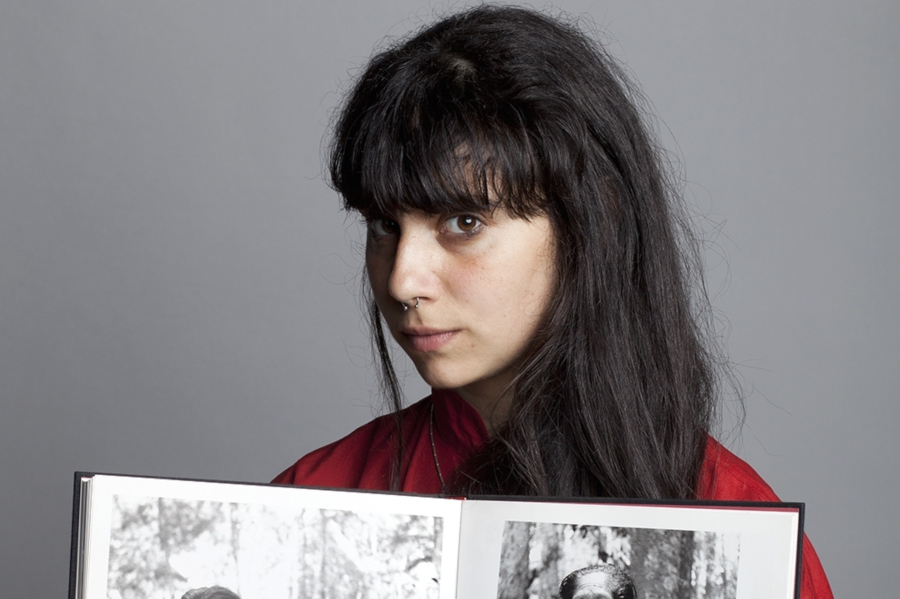 Ana Wild is a performance maker, performer and lighting designer. She is a graduate of DasArts / Master of theatre in Amsterdam (2015) and The School of Visual Theatre in Jerusalem (2011). She currently lives and works in Brussels. Wild is working in the field of live arts as well as visual arts, researching myth, cultural constructions, learning processes and the preciousness of knowledge. Her latest works include La Traviata and the beginning of the end (2015), Home Mountain (2014), Oh Marco! (2013) and When Shall We Girls Meet Again? (2012). She received a new-talent grant from the Israeli Pais foundation, as well as the Jerusalem fund prize for excellence in the arts. As a co-maker and performer, she participated in numerous projects. She has worked with Julian Hetzel, Ant Hampton, Danae Theodoridou, The Compromises Rock Band, Inbal Yomtovian, Tino Sehgal, Namer Golan, Leila Anderson and others.

In Aleph/(א), Israeli artist Ana Wild offers the learning of a new language to her audience. Starting with simple and concrete things, word by word she builds an increasingly complex lexicon of sound, movement and layered meaning.